This state-of-the-art technology is revolutionizing the meeting experience

It’s not been that long when we used to sit in dark rooms with strained eyes trying to focus on the projector display or LCD video walls containing bezels that killed the viewing experience with those dark outlines across the screen.

Cut to the advent of the pandemic, the working model across the globe changed, with remote and hybrid models becoming the new normal. The audio-visual technology has taken centre stage in most meeting rooms, increasing India’s demand for LED video walls. This rise in demand led to a gap in the market.

Another factor contributing to the demand for LED video walls has been the stark difference in the visual experience. LED videowalls to have a far superior visual quality than a projector or LCD video wall. Cost is no longer a point of hesitation for the organization switching to LED video walls as they have realized that the boardroom is the new den with meetings happening round the clock.

The interesting fact to note is that only a handful of OEMs have caught wind of this development. Xtreme Media, a leading Active LED manufacturer commanding a 30% market share in the country, is driving this smart boardroom display revolution with its flagship product, Unify. It’s an LED Videowall for boardrooms powered by proprietary software equipped with advanced technology & features.

The Unify display comes in large sizes ranging from 108” to 325” and was solely created to make meetings seamless and effective. Its wireless mirroring feature and quad view technology make it one-of-its-kind in the display industry, thus transforming the boardroom from a wired jungle to a clutter-free room. The in-built Teams & Zoom applications make it possible to start the meetings with just one touch on the Dock, a device with Unify to manage & create meetings.

Sanket Rambhia, CEO at Xtreme Media comments “The LED display boom has just begun in India, and we are rightly positioned to make the best of it. Quality and service are two crucial things that customers should never compromise on.”

The Indian market is waking up to the rising demand for LED video walls across industries, as was witnessed in the west, and it is only going to grow as the country’s GDP increases in the coming years. The country is in need of good quality LED displays that are suited for Indian conditions. A company like Xtreme Media which has experience of more than 20 years, is a good fit for customers who love quality and peace of mind as it offers the world’s first & only 7-year warranty on all its LED display products. 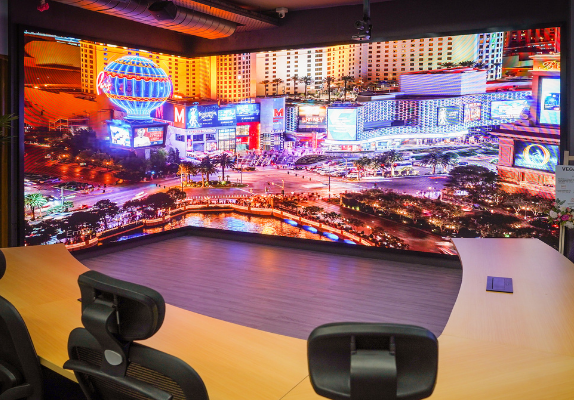